Opportunity blocks: Crypto technology is more than a theory – it’s changing our world

Bitcoin booms, crypto crashes and self-made millionaires. These are the headline-grabbing topics we often see associated with blockchain technology and, fair enough, they do make for interesting reading. Look a little closer, however, and there is already plenty of proof that blockchain tech is changing the world in which we live. Sean Freeland, our client accountant here at Astin Account Solutions, shares his view…

More than a theory

I would consider blockchain, or distributed ledger technology to to be more of a revolutionary world-changing phenomena, rather than a concept or theory. 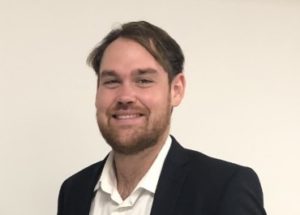 It is far more than a payment system but a means to eliminate any third-party trust agent taking a cut, as the code is fair, just, impartial, and incorruptible.

Some leading economists would say that the technology has the ability to gift us a whole new financial system, an alternative to fiat currencies and centralised banks.

The revolution is now

To be honest I see full-consensus distributed ledger technology or the blockchain, as an alternative to the current financial system.  Put simply, this technology will, and is changing the world so financial service companies will have to adapt or be left behind.

We can see evidence of this with financial services or other companies incorporating blockchain technology into traditional legacy technologies, Ripple’s XRP, Facebook’s Libra coin and JP Morgan’s JPM to name a few.

Out with the old

Cryptocurrency is currently the biggest use of the blockchain and can be used to enhance the payment process which many would consider extremely outdated.

XRP, a coin developed for the banks and by the banks aims to facilitate a faster and more efficient payment process for all involved and has the backing of many financial institutions. We can see examples of organisations attempting to merge the two, creating a hybrid merging the advanced technology of blockchain algorithms with the familiarity of a debit or credit card.

The technology is here to replace an already ancient and inefficient system, significantly improves security by eliminating the need for third parties such as banks and financial service agents, as well as enhancing personal security.

Cryptocurrency allows people to transact with each other anywhere on earth, instead of using a traditional account number, much more secure public and private keys are applied.

One of which is used for withdrawals, the other for deposits. This makes fraud more difficult as the key is entirely the responsibility of its user by not having to disclose any public info on purchase. In comparison, conventional legacy technological credit and debit cards use signatures and pins as private keys – clearly a thing of the past.

If we drill down on the crypto aspect, the currency is a deflationary one, by this, there is a consensus that the coin will be of a higher value tomorrow.

This creates problems similar to those during the Great Depression where its holders were holding and not circulating their money, leading to a lower velocity in the economy.

Furthermore, the price is supported by speculation on the basis of future information which prohibits the asset being used for what it was intended. We would need to see mass adoption to see a change here.

if we look at the current fiat system, where inflation has spiralled out of control since the world currencies were de-pegged from precious metals such as gold or silver – it is illegal to not accept legal tender, thus forcing the mainstream adoption of fiat, which many would consider inappropriate.

As there is no obligation to accept crypto as a form of payment and it will only ever be voluntary, it is very unlikely that we will ever see the mass adoption of crypto like that of fiat unless governments desire it.

On the other hand, it’s important not to pigeonhole the blockchain as a financial phenomenon. Albeit the dream was derived from Satoshi Nakamoto’s vision to improve the financial systems after the debacle of 2008, we can see blockchain being implemented and benefiting many sectors and industries across the globe.

President of the Internet of Blockchain Foundation, Matteo Gianpietro Zago, perhaps put it best when he said in May 2018: “The ‘World Economic Forum’ anticipates that 10% of global GDP will be stored on the blockchain by 2025. That means the global executives out there are preparing for this seismic shift, and are ready to completely back its implementation. The impact of distributed ledger technology could be as grand as the internet revolution itself.”

Expertise on hand: Discover how the team at Astin Accounts can help your business thrive

Photo by Viktor Forgacs on Unsplash